The 2020 edition of catalogue is online to inform and update all keen followers about latest gear; beyond web edition, the paper version is available at best tackle shops all over Europe.

For all of us and for thousands of match anglers from all over Europe, the pole is much more than a tool to catch fish, it is an extension of the arm, it is everything, until it is even called “the rod”, as if there were no others. 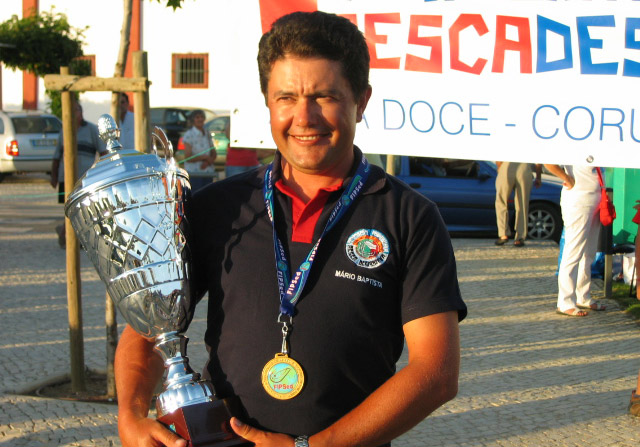 Mario Baptista was born on June 6th , 1969. Until the age of 12 he lived in a house so close to the river that he could fish from his balcony. So it’s sound evident that he started to fish very early, at the age of 6. He practised coarse fishing starting at the age of 14 and 2 years later took part at his first competition, being part of the Academica de Coimbra Team. With this team he became Club Worldchampion in 1992 in Merida, Spain. In the same competition Mario became individual World Champion as well. During this event he defeated Roberto too, and he was fishing the next peg. Mario and Roberto are very good friends since the vey first time they met, 25 years ago. In 1995 together with Mario Barros he established a trading company distributing the brand in Portugal. This company still is the exclusive distributor in Portugal.